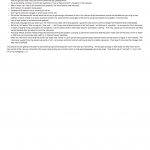 Why People Don’t Get The Job:

By admin On September 19, 2017 · Add Comment · In Resources Jobseekers

The people who are getting hired seem to do everything right and energize the room when they are interviewing.  There’s good synergy on both sides and they know how to take control of the interview without the interviewer realizing they are in control (which is what good salespeople do all day long!).  They find a way to “connect” or “click” with the hiring manager(s).